Posted at 12:25h in Our Drinking Water by Daniel 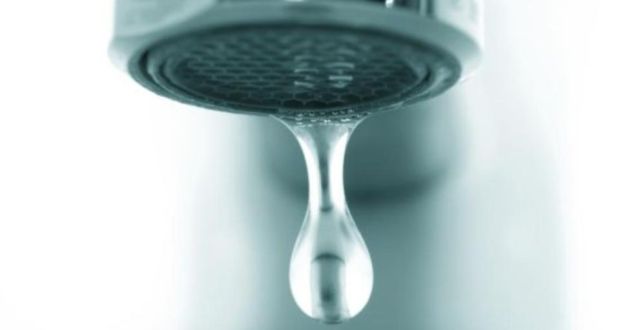 The issue of contaminated water in Roscommon – infamously described in the Dáil by Deputy Luke Ming Flanagan as “glorified p*ss” – is without doubt the number one topic on the doorsteps locally in this election campaign .

The TD may have got a slap on the wrists from the Ceann Comhairle but as every local election candidate knows, cryptosporidium in water is something voters take very seriously.

Many are still seething over what is widely seen as a betrayal by the Fine Gael party over the closure of Roscommon’s accident and emergency department. But the ongoing boil water notices in many areas is an even bigger issue in the county.

Roscommon County Council is set to lose eight councillors, down from 26 to 18, Boyle Town Council has been abolished and the number of electoral areas in the counties has been cut from five to three. Six councillors will be elected next week in each of the three municipal districts of Athlone, Roscommon and Boyle.

In the outgoing council a Fianna Fáil/Independent alliance had control. Independents seem likely to do well in this poll with austerity measures such as water charges, property tax and cuts to medical cards and benefits for the elderly causing distress.

The hospital is still an issue but only about 50 (very vocal) protesters were there to heckle Minister for Health James Reillylast Monday when he launched the commencement of a new €50 million endoscopy department. It’s not that he has been forgiven for failing to deliver on commitments made in the 2011 election campaign, but many voters feel that battle has been lost.

Two councillors, Dominick Connolly and Laurence Fallon, who were elected on the Fine Gael ticket in 2009, resigned the party whip over the hospital issue and are standing again as Independents. Tellingly, Fine Gael does not have a candidate based in Roscommon town this time out. Fine Gael hopefuls will also have noted that Taoiseach Enda Kenny kept well away from the town last week when on a visit to Lough Key Forest Park near Boyle. Mr Kenny was forced to admit – after a recording emerged – that he too made pre-election pledges in relation to Roscommon hospital.

Wind turbines and pylons are also key issues for constituents in many parts of the county.

The 39 candidates include 16 Independents, 10 for Fianna Fáil, nine representing Fine Gael, three for Sinn Féin and one Labour hopeful.

Sitting Independent Paula McNamara of the Roscommon Hospital Action Committeemust be a favourite in Roscommon but her HAC colleague Valerie Byrne has a lot of competition in Boyle where three sitting Fianna Fáil councillors, John Cummins, Rachel Doherty and Eugene Murphy, are now based.

The change in boundaries and electoral divisions mean many candidates are canvassing in unfamiliar territory with Castlerea now attached to the Roscommon area while Ballaghaderreen and Strokestown have been merged with Boyle.

Castlerea-based auctioneer Nigel Dineen, running as an Independent in the Roscommon area, has the advantage of being manager of the under-21 county team and his high profile will give him a boost. Another hotly tipped Independent in this area is community worker Kathleen Shanagher, well-known for her work in the local Tidy Towns, Men’s Shed and Lions groups.

Like Rachel Doherty, daughter of the late politician and former minister for justice Seán, Fianna Fáil sitting councillor Orla Leyden has the party in her blood as daughter of Senator Terry Leyden. She and party colleague Paschal Fitzmaurice are expected to take seats in the Roscommon area .

Their party colleague Ivan Connaughton, son of the current mayor Martin who is not seeking re-election, is regarded as a dead cert in the Athlone area, not least because of his 4,000 plus first preferences in the 2011 general election.