Posted at 12:20h in Our Drinking Water by Daniel 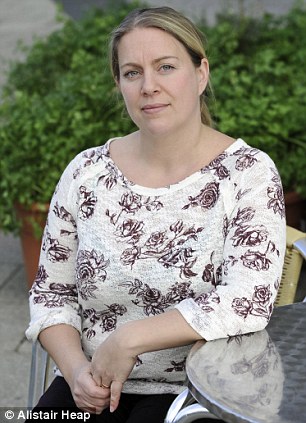 Catching a nasty stomach bug from dirty water is the sort of hazard that most of us would worry about only when visiting far-flung destinations on holiday.

But giardiasis — the disease caused by the tiny parasite giardia lamblia — can be picked up here in the UK.

In fact, more than 50,000 people are thought to be infected by it in Britain every year.

One of them was Little Britain’s David Walliams, who caught the parasite while swimming the length of the Thames in 2011.

Although the comedian was successfully treated with antibiotics, research suggests that thousands of Britons may be suffering bouts of diarrhoea, cramps, nausea, appetite loss, bloating and tiredness without realising they have been infected with giardia.

Giardiasis is usually treated successfully with metronidazole or tinidazole, antibiotics that kill the parasite.

But left untreated the condition may lead to irritable bowel syndrome, chronic fatigue and even lactose intolerance.

The problem is that giardia is associated with foreign countries that have poor sanitation and hygiene — it is usually contracted from water contaminated by infected human or animal faeces, via drinking water or swimming pools, or from person-to-person contact.

This means you are unlikely to be tested for it unless you have been abroad recently.

‘I had diarrhoea and felt really sick, shivery and tired, especially when I ate something,’ says the married 37-year-old, who lives near Bristol.

‘I felt constant nausea but was never actually sick. I knew it wasn’t a normal stomach bug.

‘The nausea faded after a week or so, but the diarrhoea and tiredness carried on for weeks and I lost weight because I could hardly eat anything.’

By chance, three weeks into her illness, Jude got talking to a friend who had contracted giardia while travelling in Asia years before.

Even though Jude hadn’t been out of the country recently, her symptoms sounded so similar to her friend’s that she asked her GP for a giardia test.

‘The doctor was lovely but dismissive,’ said Jude.

‘In the end she reluctantly agreed to submit a stool test, but she warned me that even then the laboratory might not carry out the test because I hadn’t been abroad.

‘She said she could guarantee it wasn’t giardia and that she’d buy me a box of chocolates if she was wrong.’

Two days later the GP rang Jude to say she owed her a box of chocolates.

She was put on metronidazole and within three days her symptoms stopped.

Giardia is the world’s most common intestinal parasite, infecting one person in three in developing countries and 2-5 per cent of people in industrialised nations at some point in their lives.

At least 52,000 people contract giardia in the UK every year — more than salmonella or the cryptosporidium parasite — according to a long-term nationwide study published by the Food Standards Agency in 2011.

A 2004 study of nearly 200 patients infected in the UK found an association between giardiasis and swallowing water by swimming, contact with fresh water through outdoor activities, drinking tap water and eating lettuce.

The drinking water association was unexpected, researchers from the National Communicable Disease Surveillance Centre said, because UK public water supplies are thought to be at low risk for transmitting infection.

There are other, more common causes of diarrhoea, such as norovirus — the winter vomiting bug that affects an estimated three million people every year.

But while virus symptoms are usually mild and clear up within three days, giardiasis symptoms last an average of three weeks and can cause long-term problems.

Two years ago the former javelin champion Fatima Whitbread picked up giardia after appearing on I’m A Celebrity . . . Get Me Out Of Here! She probably caught it from eating rice cooked in pond water that had not been boiled for long enough.

She lost nearly 3st in three weeks, suffered severe diarrhoea and stomach cramps and collapsed in her hotel room as soon as she left the jungle. Although she was given antibiotics, the condition continues to trouble her.

Fatima says: ‘It still flares up a few times a year. I get terrible griping pains and diarrhoea and can’t eat anything. It’s awful.’ 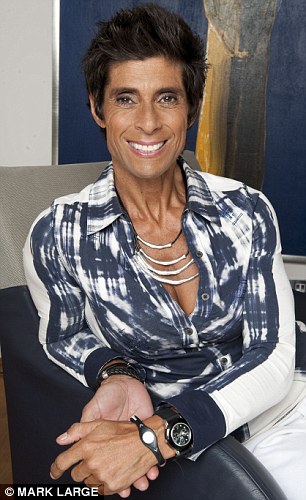 Fatima Whitbread picked up giardia after appearing on I’m A Celebrity… Get Me Out Of Here!

Another study of 137 Italian patients with irritable bowel syndrome (IBS) or IBS-like symptoms found that one in 15 had a giardia infection.

As Dr Tim Paget, a leading UK expert on giardia, says: ‘In theory the infection spontaneously clears up in three to four months. But some people do seem to have persistent gut problems, even after they have been treated.

‘The main one is diarrhoea, but you also hear of bloating, abdominal pain and lactose intolerance.’

The reason the condition is often not detected — there were just 3,571 confirmed cases in the UK in 2010 — is that many carriers have mild or even no symptoms and, of those who do, only a tiny minority consult their GP.

Another reason is that most laboratories are not using the most sensitive and accurate diagnostic test, enzyme immunoassay (EIA), which tests for antibodies.

Instead, the current main test is examining stools for the parasites.

But Public Health England also concedes that UK-acquired cases may be under reported because GPs are not getting patients tested unless they have been overseas in the past month.

When a Lancashire laboratory started routinely testing all diarrhoea stool samples for giardia using the EIA test, the results leapt to more than six times the national rate.

Tellingly, two out of three sufferers had contracted the disease in the UK and there was a steep rise in the number of infected adult men detected.

‘Giardia is not only travel-associated,’ admits Dr Bob Adak, head of the gastrointestinal diseases department at Public Health England. 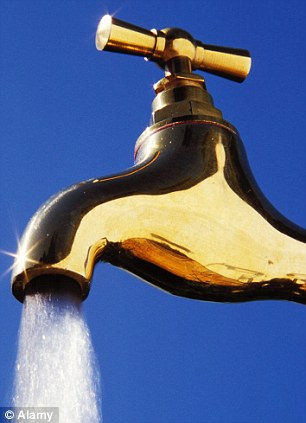 ‘There is indigenous giardia in the UK and many other European countries.

‘The risk of getting it abroad is greater, but that’s not to say there’s no risk at home.’ In future, fewer cases will be missed, adds Dr Adak.

‘Tests will become automated and we are getting closer to the time when most specimens will be tested for everything.’

Apart from people who have travelled to countries with poor sanitation or wilderness areas, including in the U.S. and Canada, the people most at risk include those with reduced immunity and children in nurseries.

Transmission by person-to-person contact can be swift, warns Dr Paget.

‘It doesn’t take much to pass it on. Just sharing a towel could be enough, and you should take extra care if you are changing the nappies of an infected child.’

Giardiasis can be hard to diagnose because it shares many symptoms with other causes of diarrhoea. Giardiasis symptoms typically last about three weeks, but may last only a week and recur weeks or months later. Diarrhoea— often pale, yellowish and oily — can be accompanied by weight loss, nausea, bloating, wind and tiredness.

However, symptoms vary; they may include stomach pain, skin rashes, mood disturbances and even constipation.

The incubation period is five to 25 days, so anyone with persistent diarrhoea should think about where they were a month ago, not just what they ate the night before they fell ill.

The NHS advises seeing your GP if you have diarrhoea, cramps, bloating and nausea that last more than a week, especially if you have recently travelled abroad.