Tapping potential: what is in our water?

Home > Our Drinking Water  > Tapping potential: what is in our water?

22 Aug Tapping potential: what is in our water?

Posted at 14:25h in Our Drinking Water by Daniel 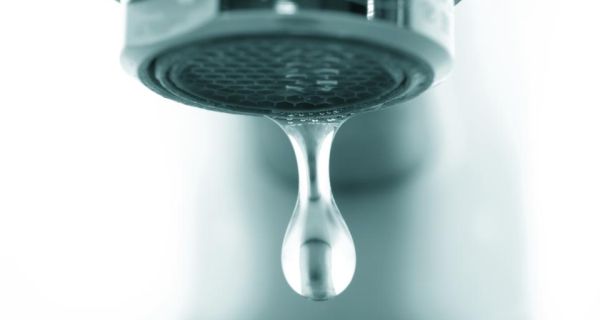 What if microbes in your water could be good for your health? Photograph: Thinkstock

These are among the key questions scientists are asking as they strive to control the health hazards – and exploit opportunities – of the millions of bacterial cells we end up drinking every day.

Ever since humans identified the critical link between disease and the presence of bacterial contamination of drinking water, we have toiled to remove microbes by filtering them from water supplies.

However, many bacteria slip through and evade filtration processes. Researchers are increasingly interested in the biofilms that call the inside of drinking-water distribution pipes their home. Some findings even suggest that bacteria in tap water can be traced to filters used in the water treatment process, rather than to the aquifers or rivers where it originated.

Dr Cindy Smith, a lecturer in microbiology based at NUI Galway’s Ryan Institute for environmental, marine and energy research, leads an international group investigating the diversity of microbes in drinking water pipes. “There can be hundreds, sometimes thousands, of bacteria in every drop of drinking water, even in bottled water,” says Smith.

Microbes are present inside water distribution pipes as biofilms – slimy layers of bacterial colonies that exude “sugary, glue-like substances that allow them to stick to the pipe surfaces”, Smith explains.

The biofilm slime layers are similar to the plaque that forms on teeth after each meal; the gunk on the hulls of ships; or the nuisance biofilms on medical implants, such as catheters, which can provide cover for such “superbugs” as methicillin- resistantStaphylococcus aureus (MRSA). “Biofilms in drinking water pipes are important because they may be a source of pathogens or even places that promote antibiotic resistance,” says Smith.
Could microbes be good for you?
But what if microbes in your water could be good for your health? Dr Ameet Pinto at the University of Glasgow explains that his team focuses not just on the water pipe network, but on the filters used for treatment.

Pinto and his colleagues analysed water at every stage of the treatment process, including before and after filtration; on the filter biofilm; after chlorination; and at the tap. They found that it was never possible to fully eliminate bacteria from the water supply.

Pinto groups the bacteria into three types. “Pass-through” bacteria never stuck to the filters, whereas “strict colonisers” were found both before filtration and on the filters. The third group was found before, on and after the filters.

“We called this group the ‘leaky colonisers’. These bacteria attach to the filter systems, forming biofilms, and clumps can break off and reach the drinking water distribution network,” Pinto explains.

Further investigations by Pinto and his colleagues found that the pH of the water influenced which species made it to the pipes and to consumers’ taps.

“It might be that simple changes to the filtration system, rather than the distribution system, could influence which microbes emerge from biofilms and reach our taps,” he says.

“We need a paradigm shift to where we are not only concerned with producing ‘safe’ water but also ‘healthy’ water.” He concedes that the delivery of ‘probiotic’ drinking water to household taps may be some way off, however.

The exploitation of biofilms as a force for good is already big business. Waste water treatment is now the single-biggest biotechnological application of microbes worldwide, far outstripping the importance of other activities that harness bacteria, such as food or alcohol production.
Natural waste eaters
Micro-organisms naturally “eat” waste organic matter in environments, such as soils and sediments, and environmental technologies can copy these processes, explains Prof Vincent O’Flaherty, who heads the school of natural sciences at NUI Galway.

Prof O’Flaherty recalls the impact on this field of Emer Colleran, who held the chair of microbiology in Galway until her retirement in 2007. “Prof Colleran’s pioneering work on biofilm-based technologies, and anaerobic digestion of wastes for biogas production, led the way in Europe in the 1970s and 1980s. This is a major global market, and Irish researchers have been at the forefront of innovation in waste treatment and bioenergy production for over 40 years,” adds O’Flaherty.

Links between industry and academia that translate research innovations into new jobs are being prioritised by the Government.

“The next big focus of some of our researchers will be engineering ‘super biofilms’ for sanitation in developing countries; next-generation biorefineries converting grass and food waste to biofuels; and new biofilm technologies that can consume greenhouse gases such as carbon dioxide,” he says.
Dr Gavin Collins is based in NUI Galway and is on placement at The Irish Times as aBritish Science Association Media Fellow, in collaboration with Science Foundation Ireland

Hungry creatures: Pac-Man-like protozoa
Giant test tubes filled with sand in Galway and Glasgow are home to teams of tiny creatures that purify drinking water by devouring dangerous bacteria. The Pac- Man-like, microscopic protozoa are part of a slimy biofilm that forms on the grains and helps to clean the water by trapping small particles and potentially dangerous bacteria such as E.coli.

The NUI Galway and University of Glasgow research is using a process known as slow sand filtration. The technology, first used in the mid-1800s, is based on filtering water through a sand bed. The researchers are investigating how exactly the process works in a bid to improve it.

Sarah Haig, a PhD student on the team, describes the strategy to determine the fate of E.coli in the sand filters. “We wanted to put a tracking device on E.coli so we fed them isotopically labelled sugar.”

By sequencing the DNA, the researchers could identify organisms in the biofilm. “The exciting part was finding DNA of protozoa, indicating that they were eating the E.coli. They were like Pac-Man hoovering up the bacteria.”

The team is now focusing on ensuring the E.coli-grazers have the upper hand in the sand filters over other protozoa that may be dangerous for human health, such as cryptosporidium.