Stagg calls for end to fluoride in water

03 Dec Stagg calls for end to fluoride in water

Posted at 08:32h in Our Drinking Water by Daniel

Labour chief whip time has run out for ‘mass medication’ 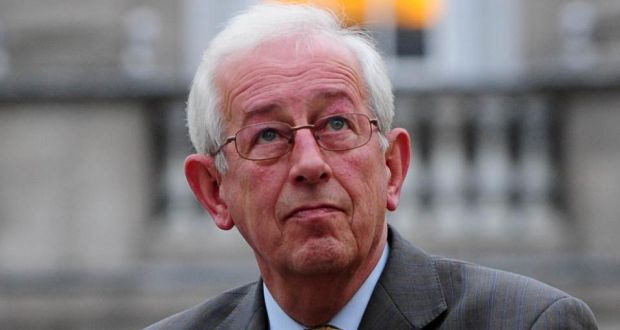 Emmett Stagg. The North Kildare TD said it might be better to give people a toothbrush and toothpaste with fluoride. Photograph: Aidan Crawley

Time has run out for “mass medication” by adding fluoride to the water supply, theLabour Party conference was told.

During a trenchant debate about alleged possible dangers of fluoridation, Labour chief whip Emmet Stagg said there was no means of measuring the amount of water people drank. It varied from person to person from the amount of tea, coffee or alcohol or beer they drank.

“It’s a most unscientific way of taking a substance that is recognised as being dangerous if it goes beyond certain limits,” he said. Mr Stagg believed “the time has run out for this form of mass medication”.

The Kildare North TD said it might be better to give people a toothbrush and toothpaste with fluoride.

Paraic McLoughlin from Oxmanstown, Dublin Central, said the party was “in danger of being misled by a vocal coalition of the paranoid, more fitted to the Tea Party than the Labour Party, deliberately misquoting and selectively quoting science to scaremonger people in an attempt to attack a public health initiative”. He said opponents rejected science in favour of pseudo-science and snake oil sellers.

Mr Stagg proposed that Minister of State for Health Alex White should examine the issue.

She said the Government would save millions if it stopped adding fluoride to the public water supply. “In this time of austerity we’d actually save money because it costs about €12 million to add it to our water.” Fluoride was a medication and there had been studies indicating that it was harmful to other parts of the body, she said.

“It’s great for our teeth . . . but what about my liver, for example. I don’t know how much fluoride is going to be processed by my liver and . . . we don’t know the long-term effects.”

Ronan McManus from Bray said that “as a preventative measure, fluoride does tick all the boxes”. He pointed to Irish studies which showed a 40 per cent reduction in cavities in areas that are fluoridated compared to areas where water was not fluoridated. “There are no studies that show it has been harmful over and above dental fluorosis.”

The conference voted to refer the issue back to the Minister.