Posted at 15:26h in Our Drinking Water by Daniel 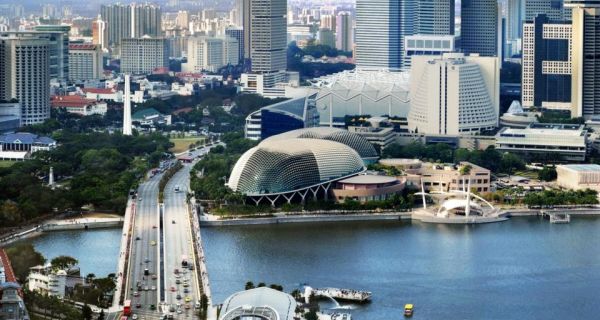 Some years ago, I spent an afternoon in the control room of the Singapore Electronic Road Pricing system with Eddie Lim Sing Loong, engineer, electronic road pricing.He explained that their system works as follows: you are charged for using the road, and this charge varies depending on the road and the time of day, with the price level designed to give you a smooth and fast journey.
This approach has many advantages: before you set out, you know how long your journey will take, and that traffic will flow smoothly –time and energy are saved, stress and pollution are reduced, and much of the revenue generated is recycled to finance public transport; Singapore has a state of the art mass transit system.

But what impressed me in particular was his description of how much time and effort they put into the planning, design and (especially) testing of the system before they went live. Years were devoted to making sure that it worked, and that consumers would get what they had been promised. This attention to detail and the obsession with getting it right is relevant to the debate about introducing water pricing inIreland, with charges based on use.

We should not have abolished water charges in 1997, but the system we had then – lump sum payment – was very deficient, because it did nothing to encourage efficient use of water and it rewarded the irresponsible and the feckless. By changing to metering, and paying based on use, we get many benefits:

– Cuts wastage of water by encouraging the identification and repair of leaks.

– Discourages wasteful practices such as running water 24 hours a day in winter to prevent freezing of pipes.

– Provides greater ability to manage shortages, e.g. in periods of drought by using pricing to manage scarcity without cutting off or rationing supply.

– Rewards those who invest money, time and effort to save water and penalises those who don’t bother.

– It’s fair. Without metering, those who are careful in their management of water are in effect subsidising the feckless.

– It makes paying more acceptable to many of the public.

But deciding what to do, designing, installing and operating meters successfully requires capital, experience, skill and time, assisted by a degree of luck, modesty and humility.

Nobel Prize winner Daniel Kahneman talks about the “planning fallacy” where estimates as to the cost of any major investments, and the time it will take to implement them, are often unrealistic, being based on best case scenarios, rather than on evidence from experience drawn from a range of similar projects.

This tendency is typically driven by “optimistic bias”. He notes that people often take on risky projects because they are overly optimistic about the odds they face – it probably contributes to an explanation of why people litigate, why they start wars, and why they open small businesses.

The implication for Ireland today is that we should take as much time as necessary to get our water metering system right. But this measured approach seems to be inconsistent with the provisions of our fiscal adjustment programme.