Fluoride will stay in water after charges

Home > Our Drinking Water  > Fluoride will stay in water after charges

12 Nov Fluoride will stay in water after charges

Posted at 15:12h in Our Drinking Water by Daniel 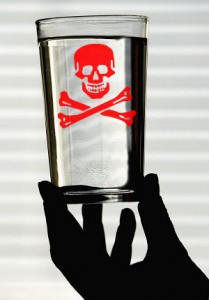 THE fluoridation of water to prevent tooth decay will continue when water charges are brought in next year.

Junior Minister for Primary Care Alex White said the government could not take a risk by temporarily halting the fluoridation of water – which is designed to prevent tooth decay. He said there were no risks to public health from fluoridating tap water.

“The preponderance of scientific evidence supports the continuation of this policy,” he said. “That would be the result of any fair-minded and balanced review of the material available to us.”

It came as the government opposed a private members’ bill from Sinn Fein proposing that the fluoridation of water supplies be halted immediately. However, it has pledged to set up a working group to examine issue.

About 68pc of the population getting water from their local authority are covered. Water in rural areas is generally not fluoridated.

“We are the only country with a state-wide policy of mandatory fluoridation and local authorities cannot make the decision to stop the process,” he said.

However, about 60pc of people in the US drink fluoridated water. And a 2002 survey found there was a higher rate of tooth decay among children under five in the North – where the water is not fluoridated.

“To date there has been a significant reduction in the proportions of decayed, missing and filled teeth of people living in areas supplied by fluoridated drinking water when compared to those in non-fluoridated areas,” he said.