Posted at 20:24h in Our Drinking Water by Daniel 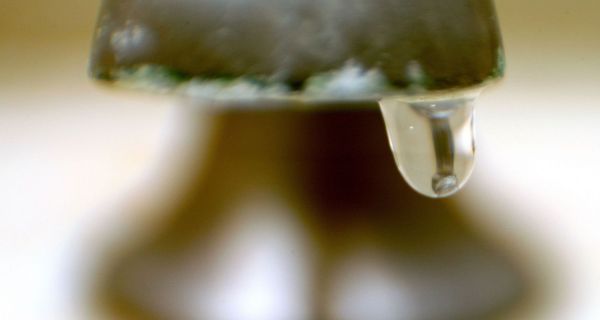 Dublin City Council has urged all city dwellers to conserve water use as much as possible. Photograph: Toby Melville/Reuters

Overnight water supply restrictions in Dublin city will resume from 9pm tonight. The restrictions will continue throughout the city until 7am tomorrow, Dublin City Councilhas said.

There has been some reprieve for city dwellers experiencing a sixth night of water shortages, with restrictions reduced from 12 to 10 hours tonight and last night.

The council will review water levels tomorrow to see if restrictions can be lifted. It will check if the Stillorgan Reservoir is back to a “sustainable level”. Water restrictions are likely to ease by the weekend.

The water shortages showed the need for a “strategic water reserve” in Dublin to “safeguard investment and domestic supply” Labour TD Kevin Humphreys said today. The Garryhinch project to capture excess water on the Shannon to sere Dublin “must be fast-tracked”, he said.

Fianna Fail environment spokesman Barry Cowen said the Government could not introduce water charges until it could guarantee the supply was “fit for purpose” . The problems in Dublin city were evidence of the need to “update the infrastructure in certain areas” and Irish water needed to carry out a nationwide audit of the supply, he said.

Restaurateurs said the restrictions were causing “hardship” for their businesses. “My members are receiving rates bills for a service we are not being provided with,” Adrian Cummins, chief executive of the Restaurants Association of Ireland, said today. Restaurants were stocking up on water and using temporary tanks like going back to “primitive times”, Mr Cummins told RTÉ Radio. He described the movement of the restriction start time from 7pm to 9pm as a “small improvement” but “not adequate” to help restauranteurs.

There was no problem with storage levels of untreated water and there is no problem with the water quality of treated water. Cold weather had caused an increase in leakage and a higher than average demand, the council said. It asked the public to report any location where they see water rising or running.

The council has also urged all customers to conserve water use as much as possible. Among the tips are: keeping a jug of water in the fridge instead of running the tap, not delaying in the shower, turning the tap off for two minutes while brushing teeth, only using the dishwasher and washing machine when full, minimising the use of toilet flush. See taptips.ie for conservation advice.